OPINION: how I was treated in Morshyn? | Rest with treatment in sanatoriums of Morshin

Chat with a consultant 24/7

Rest with treatment in sanatoriums of MorshinNews MorshynUncategorizedOPINION: how I was treated in Morshyn? 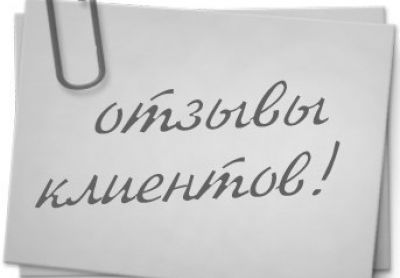 OPINION: how I was treated in Morshyn?

I think you are not much interested in what brought me here the fate and history of this city, which can be found at Моршин.net and without my help. But I will say that in Morshyn treat diseases of the digestive – intestinal tract, liver, diabetes and something else. And will share my experience and tell you what you should pay attention.
Let's start with the people. They are there simply charming, good, sincere and helpful and smiling, but do not like the Americans , who constantly wear "on duty" smile of Hollywood movies, but real, selfless and humane. And not because the tourists are their main source of income - they are on their own
Here finally reached civilization and you can safely get a European level of comfort in some sanatoriums, I settled in for example "Dniester", which has 8 floors, lovely room with all amenities and a constant temperature 28 degrees, natural above zero, although the window sometimes reached -15, as it was in the resurrection 17 January 2017, when I went on a tour of Mukachevo, but more on that later.
As for civilization, then my sanatorium 90 % renovated, Although laminate creaks, since I put on top of the old parquet, which is over 20 years. But this does not prevent, even if I thought about it a little annoying that.
Therapeutic Diagnostic Center at 100% and has the latest diagnostic equipment and medical professionals. So you can not worry. As for balneological center, but simply mud-baths, it is still being repaired, (left just a little bit) and that, what is done, It occurs very rarely in Ukraine, namely a very high quality, and above all pleasing to the eye. It remains quite a bit to complete reconstruction. The entire staff is also kind and sympathetic, and the most important thing, that all procedures are painted strictly on time, so that lines do not need to be, and you can always calculate your own time, and it surprised me very. And then really all sterile and clean.
Food ... .Nu just mortality ..... Fed for slaughter. Per meal appetizer provide two meals, main, dessert, milk products, and in the afternoon and still liquid, Beverage granted. I do not eat at home so, and with the addition there is no problem, and the price for it is a smile and location to the waitress. All this is quite tasty though diet. The permit costs 700-800 UAH per day, This includes accommodation in the euro issue, three meals a day and wellness, except for some complex analyzes that are paid.

By constant use you will register vodichku drink from the source of the purest water, popularly known as the little mermaid, and officially source №4. Near this place empty in the free market (factory) baklashki, and bottles of different sizes. I have seen, like hundreds of liters of this water being taken away cars with Moldovan, Belarusian, Russian and other numbers. But it is a public Vodicka, and there is also medical, which is prescribed in the treatment of diseases with the difference that varies its dose(50-250 ml of admission), salt content(from 3,5 to 14 grams per liter), temperature(40) and the reception from before a meal 20 to 60 minutes.
brine (hydrochloric concentrate) you can buy where we drink vodichku official plastic bottle 0.7l (75 UAH) passing through the cashier. Or pleasures same sellers in white coats ask for a glass bottle 0.5 l for 40 UAH(so to speak from under the counter). In an open bottle, Glass of water if it persists much longer than plastic. Therefore, asking the glass 0.5l, it is cheaper and more practical